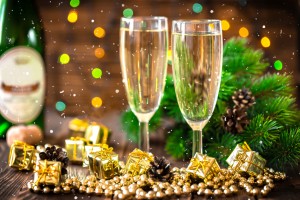 “But I only had two beers…”

The day felt like it would never end. My desk was covered with work so I skipped lunch. The phone has been ringing non-stop and if my boss sends me one more email I’m going to lose it. It’s Friday and I can’t wait for 5:00 p.m. when I can head off to a local watering hole to enjoy happy hour with my friends. Who doesn’t love cheap beer and appetizers? So I have two tall beers, nibble on some potato skins and say goodbye to my girls feeling relaxed and ready for the weekend. Until….

Driving home I get pulled over. Ugh…. Did I run a stop sign? Was I speeding? “Hello Ma’am,” the officer says. “Have you had anything to drink tonight?” I’m slightly caught off guard. There’s no way I’m drunk, plastered, hammered or intoxicated. I feel fine and I only had a few drinks. Before I know it I’m out of the car performing some crazy walk and turn test and being arrested for DUI. What happened?

What many people don’t understand is that DUI in Virginia stands for Driving Under the Influence of alcohol or drugs NOT driving while hammered or driving while so drunk you can’t stand up. All the Commonwealth has to do is show is that your driving is in some way influenced by the alcohol you drank or the drugs (prescription or illegal) you took.

What does it mean to be under the influence? It means a person has had enough alcohol or taken enough drugs to affect his/her manner, disposition, speech, muscular movement, general appearance or behavior. This will not be the same for everyone. Two beers may have no impact on a 300 lb. offensive lineman but a petite ballerina may feel tipsy and unsteady after a few drinks.

So what do you do if you are pulled over and the officer suspects you of driving under the influence? First, be informed. If you take a breathylzer test you could be found guilty of DUI if your blood alcohol content is .08 or above. (Check out my last blog “To refuse or not to refuse. That is the question” for more information on breathylzer tests). But if you don’t take a breathylzer test you could still be found guilty of DUI. How? If the officer can show that you are driving while under the influence of drugs or alcohol.

How will they show that you ask? Simple, by watching you and asking you questions. The officer will need to describe your actions and behaviors to the Judge so that he/she can convince the Court that you were driving while under the influence. For example, he will ask you how much you had to drink or what medications you took. This is to show that your poor driving or unsteadiness on your feet are linked to your alcohol/drug use and not something else. He may ask you to perform some field sobriety tests to show that you can’t recite the alphabet or walk in a straight line. Or in this day in age he might record you with his dash camera or bodycam. If a picture is worth a thousand words a video is worth a million.

If pulled over for driving under the influence listen carefully to the officer’s questions and be aware of your answers and your actions. Understand that you are not required to do the field sobriety tests if the officer asks. When deciding whether to refuse these tests remember that the more information the officer has to present against you, the easier it is to show that you were under the influence of alcohol/drugs. Unless you’re an expert in the one leg stand or walk and turn test you might want to carefully consider if it is in your best interest to take these tests.

So before you finish your drinks at happy hour and get into your car remember that you don’t have to be DRUNK, PLASTERED, HAMMERED OR FALLING DOWN to be found guilty of DUI. You could simply be driving while under the influence of alcohol or drugs. All it takes is running one stop sign for an officer to pull you over. Save yourself the heartache and money and call a cab, get a ride or drink some water and wait it out before you go home. Make smart choices and if you find yourself in trouble or need of a good lawyer call us at 7 Cities Law. 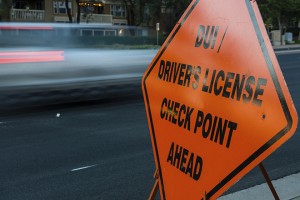 To Refuse or Not to Refuse. That is the question

It’s late. You’re driving home from a night out with friends and you see the red and blue flashing lights in your rearview mirror. Your heart rate begins to speed up as you wonder what you’ve done wrong. The officer approaches your window and after a few minutes he says that he suspects you of driving under the influence of alcohol. Inside, panic sets in. The officer starts asking you all kinds of questions, including do you want to take a breath test. What do you do? Do you refuse or do you take the breath test?

First, you want to make an informed decision.

If you are stopped for a DUI there are two types of breath tests that you need to know about. The first is a preliminary breath test or PBT. The officer usually gives this test at the scene of the traffic stop. He will use a handheld breathalyzer to determine your blood alcohol concentration (BAC). The second breath test happens once you are placed under arrest for DUI. The officer will take you to another location, usually a police station or the jail to have your blood tested by the ECIR II. This machine is monitored by the Department of Forensic Science and it is designed to give a more accurate reading of your BAC.

So should you take the first test, the PBT?

If you decide to take a PBT the officer will use the results to determine if you should be arrested for DUI. For example, the officer might believe that you are not that intoxicated because you did really well on the field sobriety tests. But then you take a PBT and it shows a BAC of .08 or higher. The fact that you did really well on those tests won’t matter because the results of the PBT, by itself, are enough to arrest you for DUI. Taking the PBT gives the officer more evidence against you. Not taking the PBT will force the officer to rely on other evidence like your driving or your field sobriety tests before he can arrest you for DUI.

Will you get penalized if you don’t take the PBT? No. In fact, if you refuse to take it your refusal cannot be used against you during trial and the officer will have to rely on other factors to show why he arrested you for DUI.

What about the second breath test?

If you are arrested for DUI the officer will ask you if you want to take another breath test using the ECIR II, a more accurate machine. In most cases a person driving in Virginia is deemed to have consented to take a breath test if they are arrested for DUI. The results of this second breath test can be used against you at trial. If you take the test and your BAC is .15 and above the Court is required to sentence you to mandatory jail time if you are found guilty of DUI.

Can I refuse the second breath test?

You can refuse the second test but you will likely be charged with Unreasonable Refusal under Section 18.2-268.3 of the Virginia Code. A first offense refusal is a civil offense that will result in a one-year license suspension and a fine. However, it’s important to note that if your license is suspended for refusal you CANNOT have a restricted license to drive to work, school or other places. If you charged with refusal 2nd or 3rd offense these are criminal offenses and a conviction will carry potential jail time and a fine.

It is important to be aware of the consequences before you decide to take a breath test or refuse it. However, you can avoid this problem by being responsible and choosing not to drink and drive. Those who do should plan ahead and have a designated driver, taxi or Uber driver ready to take you home or to your next destination. Be safe out there and make smart choices!